Hanging with the Avocados & the Boys 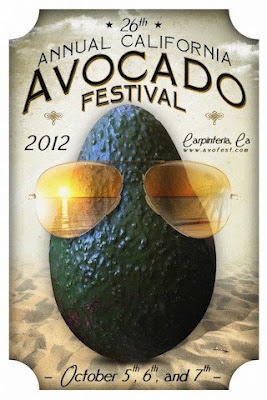 This last week, on 5 OCT 2012, the boys and I had an opportunity to go to the California Avocado Festival held in Carpinteria, just south of Santa Barbara.

The festival started in 1987. Yikes! I'd been the Army for a year when it started! There were several booths selling the green gem. For me, it's about the guacamole. The boys and I got a dish of chips and guac, and I just loved how fresh it was. 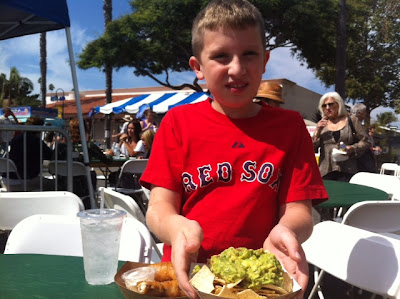 Andrew and his guac

Lunch for me was carne asada tacos w/gauc. Andrew had fish and chips and gauc. Joe had chicken fingers and French fries. There was a jumper for the boys and I got Andrew a poster for his room.

The festival is big into recycling. Brent and I heard a group called "Sean Wiggins and Lone Goat," and we really enjoy them. Their music reminded me of a young Melissa Etheridge. We got two of their CD's "The Kitchen Sink" and "Naked Thursday." I loved their cover of Johnny's Cash's "Folsom Prison" song.

Hope to see you next year at the festival. Hehe 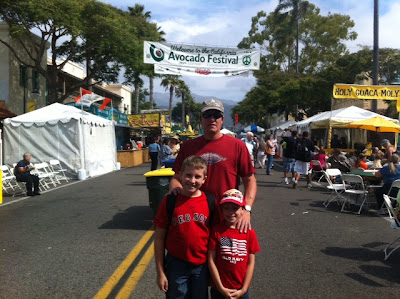 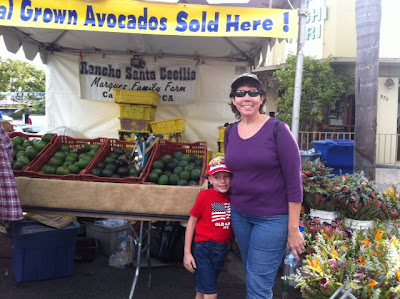 Hanging out with Joe and the Avocados! 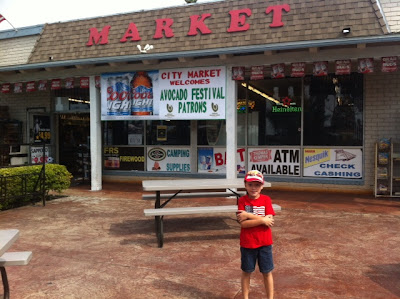 Joe looking for the avocados!
Bio: Stephanie Burkhart was born and raised in Manchester, NH. She joined the U.S. Army in 1986 and spent 7 years stationed in Germany. In 1997, she left the service and settled in California with her husband. Currently she works for LAPD as a 911 Dispatcher. She loves exploring her new state with her boys.