Happy Birthday to the USO #uso 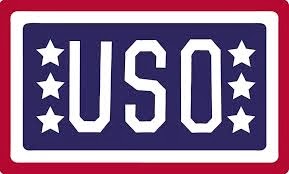 I just wanted to give a shout out to the USO (United Service Organization) this month.  They turned 73 on 4 FEB 2014!

As a soldier, I really appreciated the USO, especially when I was deployed in Hungary.  I spent 3 months in Taszur, Hungary from JUL – OCT 1997 in support of US soldiers in Bosnia.  The USO had a small facility, but I loved to hang out there on my off time. They had used books, used videotapes, games, and even offered trips.  I had a chance to go on an USO trip to Budapest and it's a time that I'll never forget.

The USO was created in 1941. President Roosevelt requested six different "services" come together to make one to provide morale support for the US Troops. Those services did that and founded the USO. Today, the USO is in 14 different countries around the world.

The USO relies on private contributions, funds, goods, and services that they receive from corporate and individual donors. It's also a nonprofit organization.  Being a veteran, I can't tell you how much the USO and its activities mean to deployed troops. It's a great nonprofit organization to give to if you want to support the men and women in the military.

Interesting Note: Last year, the Kroger Corporation (aka Ralphs on the West Coast) donated 3.2 million to the USO. 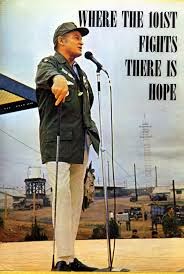 One of the things the USO is known for is being entertainment to the troops.  Bob Hope was quick to jump on board.  He entertained troops in the field from 1941 to 1991. His last Christmas with the military was in 1990 during Operation Desert Shield.  Since he was in Saudi Arabia, Ann Jillian, Marie Osmond, and the Pointer Sisters were left out because they had to be veiled in public.

Interesting Note:  Prescott Bush was the 2nd chairman of the USO in the 1940's. He went on to become a US Senator.  He's the father of President George HW Bush and grandfather of George W Bush.

You can find out more about the USO at the following:

Question for you: Do you have any thoughts on the USO?
Posted by Stephanie Burkhart at 4:30 AM