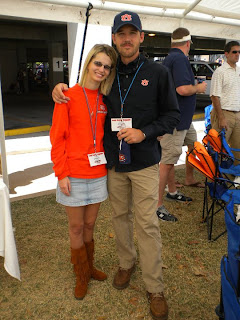 STEPH: What's your favorite team? Why?

AMBER: I was raised in a family of Auburn fans. I’m a proud SEC lady - I love when our conference does well in the BCS, even more when it’s my team! My father went to Auburn and so did my sister and several aunts and uncles. I even went so far as to convert my DH into an AU fan within months of first meeting him. It’s one of my proudest achievements, lol

AMBER: It’s a new year and a lot of players graduated and went on to the pros last year. And since we’ve only placed three games so far this year, I’m still learning. I do like Philip Lutzenkirchen, the tightend. He’s a pretty solid player. Plus, he has his own touchdown dance. It’s called the Lutzie!

STEPH: Who's your favorite all time player?

AMBER: That would be Heisman trophy winner Bo Jackson. An awesome football player and a really great man. He played for Auburn in the ‘80’s, of course, but there are still college football Saturdays where he is on Pat Dye Field supporting the current players and coaches. 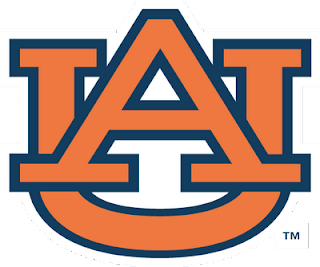 STEPH: Have you been to a game? What's it like?

AMBER: I’ve been fortunate enough to go to games every season since I was a little girl. My husband and I try to go to at least one. Game-day experience in Auburn is unbelievable. A lot of stadium environments can be really harsh and intimidating. While Jordan-Hare Stadium might be intimidating, it’s a remarkably positive environment and fans are very respectful toward visiting fans. I believe the positive energy of Auburn is why so many games sellout each year.

STEPH: Do you have a football jersey? Which Number?

AMBER: I do! It’s a bit old and worn, but it’s sentimental. It’s the number 14, which was how old I was when I received it as a gift from my parents :)

AMBER: Tailgating food is the best! Just the smell of game day cookouts makes me smile. Usually we attend the big SEC games closer to the end of the season – versus Arkansas, LSU, Georgia, Alabama, etc. That point of the year on the Plains, nighttime can be brrrr. My uncle makes the best Sante Fe chili, however, that not only tastes good but warms you right through the bones.

STEPH: Who's your team's "evil" nemesis?

AMBER: The Iron Bowl – Auburn vs. Alabama – is the fiercest rivalry in the South and maybe even the country, mostly because they are both Alabama teams and the state doesn’t have a pro team to divide loyalties. On a personal note, I feel like that events of the past year might have hopefully somewhat cooled the worst of the tension between rivaling fans from both teams because of the April tornadoes in Tuscaloosa (home of the University of Alabama) and after the celebratory oaks were poisoned on Toomer’s Corner in Auburn last November. I love a good rivalry in college football, but it’s nice to see fans from opposing teams ban together in times of need. 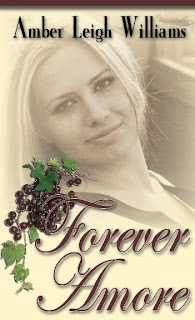 Blurb from Forever Amore….
Was their love destined to last forever …
Engaged in a brutal dogfight, dashing American Lieutenant Charles Tyler crashes his broken plane into the Italian countryside. He prays for divine intervention—and is certain he’s found an angel from the very moment he looks up at Lucille Renaldi’s lovely face. Yet how can he be with her when his sense of duty tells him to stay away?
… or become another casualty of war?
Lucille’s attraction to the American is forbidden, her obligation to her family’s safety overwhelming. At great peril the Renaldis carry Charles from the crash site and disguise him as just another worker in their vineyard. Hidden there inside the ugliness of World War II is the beauty of a growing love, and a danger that could end their lives any day—when all they want is … forever.
*Praise:

“A dynamic war-time romance novel…. Features everything from dogfights to intimacy, love to desperation…. I must give this a best book, as the rating sheet goes no higher. Mark this a must-read. Williams has brought the romantic back to romance!”
—Long & Short Reviews

"A beautiful love story woven with suspense to make you race through the pages!"
—Lisa Britton Jacoby, The Baker City Herald

“This is a wonderfully written story of a forbidden love during wartime. The author has brought the era to life and filled it with some memorable characters. Lucille’s trials and tribulations and her love for Charles will keep the reader riveted from the first page to the last one."
—Coffee Time Romance

Visit Amber at:
http://www.amberleighwilliams.com
Posted by Stephanie Burkhart at 6:00 AM