Just how many of those fire breathing Targaryens are there anyway?

My husband told me about Game of Thrones around the time it was announced the series had just started filming for HBO.   He said I would love it. It was "soap opera-y," (and I enjoyed a good soap opera when I was a young girl) and no topic was off limits.  There was incest, violence, and dragons.

I said okay and waited for S1 to come out. Curious, I turned on TV watched the 1st ever episode when it came out and sure enough, I was hooked. Since, I have read the 1st 3 books in the series, Game of Thrones, Clash of Kings, and Storm of Swords. 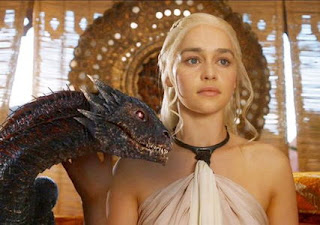 My favorite character in this series, without hesitation is Daenerys, and I knew right away we were on a journey with her. In Episode 1, we were seeing her at a point in her life when she was young and embarking on her destiny. What was going to come was to shape her life for better or worse.  And I wanted a to have a horse in Daenerys' khalasar.

Immediately what caught my attention was the "ice and fire" contrast.  Like "black and white," "ice and fire" in this story  represent good and evil.  And obviously, the Targaryens and their dragons represent "fire." Fire is light.  Light is white.  White is good.

Mind you, not all Targaryens are good.  They're human with human flaws, (and I would say due to their incest) but they do have traits, if mastered, would make them harbingers of "fire."

So what do we know about the Targaryens?

OF DRAGONS AND TARGARYENS:

According to "The World of Fire and Ice, and Untold History of Westros and Game of Thrones," (full reference is listed above) The Targaryens were just one of many dragonlord families who lived in Valyria on the western half of Essos.

The Valyrians established a westernmost outpost called "Dragonstone" 200 years before the "Doom."

The Targaryens were of pure Valyrian blood and possessed an ancient lineage. 12 years before the Doom, Aenar Targaryen sold his holdings and moved his family to Dragonstone. Thus, the Targaryens were the ONLY dragonlords to escape the "Doom."

Page: 33 :  "It  had long been the custom amongst the dragonlords of Valyria to wed brother to sister to keep the bloodline pure."

Per Game of Thrones Wiki: Generations of inbreeding have preserved  in the Targaryen    bloodline, the classic Valyarian features of silver white hair and pale, white skin. This inbreeding retained the ability to successfully bond and ride with the dragons. Targaryens are tolerant of extreme heat and high temperatures.

"Half the Targaryens went mad, didn't they? What's the saying? Every time a Targaryen is born, the gods flip a coin?" - Cersei Lannister.   (Side note:  And we've seen good and bad, the "mad" king Aerys, Viserys, the Begger King, Rhaegar, the noble older brother, and Daenerys.)

Jorah Mormont , in service to Daenerys once told her she was more like her brother "Rhaegar" (good Targaryen) then her brother, Viserys. (bad Targaryen)

This Targaryen is Daenerys' father. According to "The Untold History," Aerys inherited the Throne when he was 18.  His wife and sister, Rhaella, quickly had their first son, Rhaegar.

Upon coming to the throne, Aerys named Tywin Lannister his "Hand." Aerys and Tywin had known each other since they were children and were good friends.

As Aerys grew older and his reign longer, he grew increasingly "erratic."

Tywin Lannister married his cousin, Joanna Lannister after being "Hand" for a year.  She served as a lady-in-waiting to Queen Rhaella. Tywin and Joanna knew each other since they were children. He adored her.

Page 225 of "The Untold History:"   "Sadly, the the marriage between Aerys Targaryen and his sister, Rhaella, was not as happy, and she turned a blind eye to most of the king's infidelities, though the queen did not approve of his "turning my ladies into his whores" (Joanna Lannister was not the first lady to be dismissed abruptly from Her Grace's service, nor was she the last).

Over the course of 13 years, the Queen, Rhaella, miscarried or had stillborn children.

Page 225 from "The Untold History:"  "It has been reliably reported, however, that King Aerys took unwonted liberties with Lady Joanna's person during her bedding ceremony, to Tywin's displeasure. "    Not long thereafter, she was dismissed from the Queen's service.

When Cersei and Jaime were 6 they visited the king's court at King's Landing. The King, "in his cups,"  asked if the twins had ruined her breasts.  Joanna was humiliated, Tywin, tried to give up his position as Hand. Aerys refused to accept it.

In 272 AC, Aerys, Tywin, Joanna, and their families attended the Anniversary Tourney.  In 273 AC, Tyrion is born. 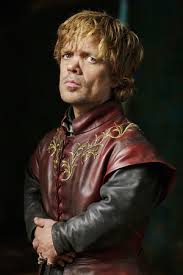 It is widely speculated that Tyrion is the product of an "affair" between Aerys and Joanna.   -- And Tywin suspected it.  Why else would he treat Tyrion so poorly?

According to "The Untold History," eventually Aerys gives up his mistresses and vows to be true to his Queen.  When he does this, Viserys and Daenerys are born to him and Rhaella.

WHO'S YOUR BROTHER?  OR NEPHEW? OR SISTER?

Without a doubt Daenerys is a Targaryen.  Jon Snow is Daenerys' nephew, the son of her older brother, Rhaegar, and Lyanna Stark, making him a Targaryen, comfirmed by HBO. (That's a whole other musing)  Tyrion Lannister just might be a Targaryen, born out of an "affair" between Aerys and Joanna Lannister.

So let's hear your musings:  Is Tyrion really a Targaryen?

Who is Michael's Mother? 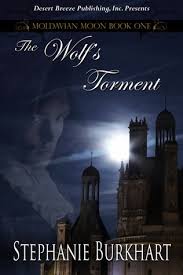 5 Stars, BTS Magazine, DEC 2013, Reviewer: Cassandra Graham, "It was a really good and suspenseful read.Pick up a copy. You'll definitely enjoy it."

BLURB: It's 1865 and Moldavia is a country nestled against the shores of the Black Sea. Lady Theresa travels from Austria to this country that's haunted by tales of vampires and werewolves. She's going to marry the Crown Prince, but she harbors her own unspoken secrets.

Prince Mihai has just returned to Moldavia to discover he's a witch. He's intent on being a good husband and modernizing his country, but he must find a balance with his supernatural heritage. His best friend, Viktor, accompanies Mihai and marries Mihai's sister. In an unfortunate twist of fate, a werewolf bites Viktor.
Viktor's transformation threatens everyone around him, including his wife's safety and Mihai's happiness, but he's especially dangerous when he's near Theresa. Can Mihai save his family from Viktor's lies and deceptions?
BOOK TRAILER: http://www.youtube.com/watch?v=FzHE2spBeeU

Posted by Stephanie Burkhart at 7:45 AM

Email ThisBlogThis!Share to TwitterShare to FacebookShare to Pinterest
Labels: A Game of Thrones, fantasy novel