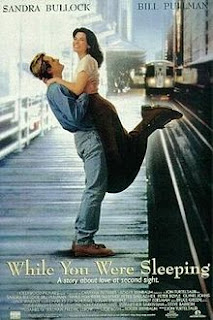 Some of the traits that draw me toward someone are their laugh, their smile, and their sense of humor. For me, that's the appeal of romantic comedy – watching a couple confront their conflicts equipped with a light-hearted disposition.  So, what are some of the themes that make a romantic comedy work?

Fish Out of Water
This is where you take the hero/heroine out of their element and put them in a completely different situation. For example, bring in a "big city" TV reporter to run a small town TV station, or a "big city" cop to be the small town police chief. They're both out of their element. The big city reporter could be attracted to the local fire chief who is a local boy. Or the new police chief from the big city might find himself attracted to the quirky girl next door who teaches at the local school and makes homemade soap on the side.

TIP: What amps up the comedy? Have your characters overreact to the situations they find themselves in.

Deception
Nothing brings out a laugh like a little well- meaning deception. Our hero/heroine is pretending to be something they're not – lying about their job, their feelings or their intentions because they think they might not be good enough for the other person.

Examples: Tess in Working Girl or Fiona in Shrek or Michael in Tootsie.

TIP: Deception helps builds conflict – interior as well as external and conflict is what the characters need to change and grow. Example: Sandra Bullock's character in "While You Were Sleeping."

Mismatched
Think Cinderella with a chuckle. The handsome prince or billionaire sweeps our heroine off her feet only our heroine might be a call girl (think Julia Roberts in Pretty Woman) or a chauffeur's daughter (think Julia Ormond in Sabrina) or Princess Fiona in Shrek.

What makes a romantic comedy resonate?

Ultimately, there's something that terrifies the hero/heroine emotionally. It could be commitment, security, image, or not being good enough, attractive enough, or competent enough. That's inner conflict, and most readers can sympathize with all those elements. The other half of the romance helps them face that fear and overcome it with a little comedy – the tool that infuses their inner strength and courage.