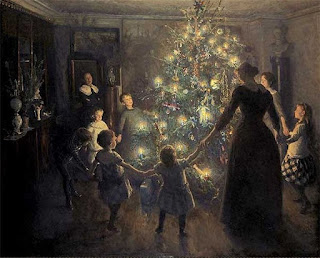 How did the Christmas tree make it to America?

Did you know?
The Douglas Fir and Scotch Pine are the two top best selling Christmas trees?

The earliest evidence of trees getting decorated for Christmas comes out of Latvia and Livonia between 1441-1510. Guild Halls would be decorated with sweets to be enjoyed by the apprentices and children.

In the early 1700's, spots of Germany had embraced decorating Christmas trees. European royalty began to accept the custom and when a picture of Queen Victoria with her family was taken for the "Illustrated London Daily," in 1846 Christmas trees were made popular with the general public.

The Christmas tree had a tough start in America.

The pilgrims settled in New England and brought their stoic traditions with them. The Puritans banned Christmas, wanting to get rid of the "pagan mockery" of the observance. Only a church service was allowed. Decorating a tree and singing carols were "heathen" traditions. The stern attitude continued until the early 1800's when the German and Irish immigration trends began to undermine the Puritan legacy.

As early as 1777, Christmas trees started to "peep" out in America. Hessian soldiers as POWs would put them up. Easton, PA, Lancaster, PA, and Wooster, OH were some of the early cities to embrace the custom. August Imgard in Wooster started putting candy canes on the trees in 1947, and we're still putting them on trees today.

Did you know?
Tinsel was created in Germany in 1610. It was made out of silver up until the mid-20th Century.

Early decoration included nuts, apples, paper baskets with almonds, along with popcorn and cranberries stringed together. Quilted snowflakes were also popular. Candles were also placed on Christmas trees symbolic of the stars at night when Jesus was born. (Imagine the fires! Thank goodness for electric lights.)

Did you know?
Since 1923 the US National Christmas tree has been lit on the south lawn of the White House.

Nowadays Christmas tree are a popular way to celebrate the holiday season.

Norway annually gifts a tree to Washington DC as a symbol of friendship between Norway and the US and in gratitude for the United States help during World War II.

Question: Do you have a real tree or an artificial one? Do you theme your tree? When do you put it up? A couple of days before 25 DEC or right after Thanksgiving?

Author Bio: Stephanie Burkhart is a 911 dispatcher for LAPD. Prior to that, she spent 11 years in the US Army, 7 overseas in Germany. She prefers to put a star on the top of her tree. Her 99 cent Christmas story, "Christmas in Bayeux" will take you to Bayeux, France to celebrate Christmas. 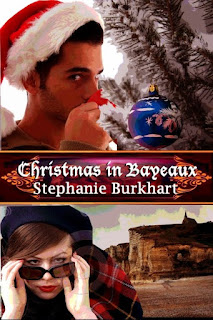 Blurb: Aiden travels to Bayeux, France to meet an old friend, Noel. Can she help heal his wounded heart?