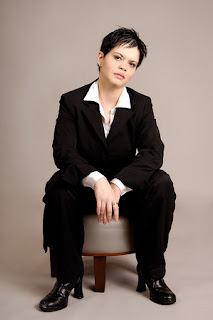 STEPH: Let's welcome author LE Harvey to the blog! Who's your favorite football team? How long have you been a fan?

LE: Philadelphia Eagles. I've been a fan since childhood: a cousin of mine was an Eagles Cheerleader and being a Philadelphian, it was only natural! :)

LE: Fred Jackson of the Buffalo Bills. I like anyone who has a "no fear" approach to the game. :)

STEPH: Who's your favorite all time Eagles player?

LE: I think I 'd have to say Donovan McNabb. He is an incredible player and always had a great sense of team.

STEPH: Who's the Eagles' "evil" Nemesis?

LE: If memory serves, the last football game I attended was a college game where my cousin was cheerleading. But I am excited because this year, I will see my first pro game: Eagles vs. Buffalo thanks to my wonderful partner! :)

LE: I'm like a goat during football games: I'll eat anything! :) 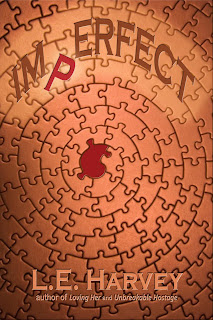 Carol Mathers: born a sickly child, in a home fraught with undercurrents that threaten to sweep away any chance she might have for a normal life. Now in her mid-thirties, she's a highly sought-after IT guru in St. Louis. She has built a great life for herself with her partner, Alexandria, even though the two face prejudice as lesbians, and as an interracial couple -fighting tragedy and sometimes, finding triumph. During her tumultuous life, Carol discovers that she has acquired AIDS as a result of a childhood transfusion from the dark period of time before AIDS was widely known... or understood, not even by the medical profession. Now, the two women face even more obstacles, prejudice, and a strange, new life as AIDS patients. Carol learns just how much her chaotic past has affected her, and how she can never really escape it, even as she tries to move on with her life. An unexpected event creates even more pain and tragedy in Carol's life, and causes her to wonder about the meaning of and purpose of her own life... or if there is any purpose at all...

"I really like it! It reads well and it moves really well. And, you literally paint pictures very well. I get very clear mental images while reading the book!" -Lloyd Kaneko, author


"As I read "Imperfect," I saw both Carol and her partner Alexandria as strong, determined characters. But they were facing a lot: prejudice, sexism, baggage from the past. Is love enough? Is strength enough?

The ending hit me like a ton of bricks because I really liked these people,...I must tell you that after your powerful ending for Imperfect , I'll be waiting to read Impeccable as soon as it's hot off the press." - Malcolm R. Campbell, author
Posted by Stephanie Burkhart at 6:00 AM