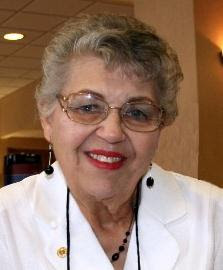 ALLISON: I'm an Alabama University Football fan. I don't fly a flag, I don't go to their
games, but on Saturday when they are on the field - don't bother me.
'Roll Tide'! I do no writing on Saturday afternoon during the season.

We moved to Alabama in 1997 and I learned quick enough, there are two
seasons here in Alabama. We have Football season and the rest of the year.
You have two choices. You either route for Auburn or for Alabama.
I chose Alabama.

ALLISON: Trent Richardson was Mark Ingram's partner, and Mark kinda
overshadowed him, but now that Mark has signed with the Saints,
Trent will get a chance to show just how good he is.

STEPH: Who's your favorite all time 'Bama player?

ALLISON: I'm especially fond of Julio Jones. First he played well. And he wasn't
afraid to play with injuries. But I have to also admit, when your
granddaughter went to school with the guy, you are interested. He's a
local kid, and his mother works for my cleaning lady. I know first hand
this kid is a really nice guy. Unfortunately he's gone pro and is now
with the Atlanta Falcons.

STEPH: Who's the Tide's "evil" nemesis?

ALLISON: Auburn of course, but Mississippi State runs a close second. The
Auburn game is on November 26 and Mississippi is on the 12th of
November. You better believe I'll be glued to the TV on both those days.

ALLISON: When we lived in Indiana, I went to a Notre Dame game.
I remember the excitement. The problem is of course, a lot of
noise, the stands were not that comfortable when you are 6 months
pregnant, and you miss a lot of the game trotting back and forth to the
restroom.

I do remember the half time show, because they had their trademark
Scottish guard. At the time the school was all men. The Scottish guard
were in kilts, with those tall hats, their plaids flappingin the breeze.
They also had an impressive band. Quite a spectical.

ALLISON: No, nor do I fly an Alabama University flag, but I sure know a lot of people who do!

ALLISON: Who eats! I get too excited and would probably throw food all over the
living room. During half time we frequently have pizza or chips and dip.
It depends if we have people watching with us.

Blurb for Battlesong:
Their marriage begins with a lie. Tricked into wedding young Laren Blair, the daughter of a Scottish laird, Arthur ap Brynn Ffrydd, an English baron, abandons her at his keep. When he finally returns six years later she has won the affection of his people but all he sees are the changes she has made. Their battles begin.

She fears her life will be as miserable with Arthur as it was with her cruel father. He envisions losing his property to her Scottish clan. As they learn to tolerate each other, desire draws them together. When Laren is kidnaped and Arthur is wounded in battle they realize they love each other. Reunited, can their love withstand the strain of another lie?

The Romance Studio
Reviewed by Theresa B.

This was a story about a Scottish bride and an English Baron. Tension was still tight between the two sides and mixed marriage was frowned upon though Laren's father had his own devious reasons for the marriage.

Allison Knight did a good job with the characters and the historical detail.


The Pagan and The Pen Book Reviews
Reviewed by Violet

Ms. Knight just keeps getting better. Battlesong is the follow-up to Heartsong, though one doesn't have to read Heartsong to fully enjoy Battlesong. From the second I picked it up, I was whisked away to Medieval England. It's a dangerous, romantic time that Ms. Knight vividly and expertly recreates.

The characters are fully realized and full of life. Laren is a woman to admire. Her grit and strength create sparks in any setting, but especially in this one where women were considered property. Arthur is rash, headstrong, handsome, and true to his values-a perfect recipe for a hero.

Battlesong is an enjoyable, relaxing read that provides the perfect escape for a rainy afternoon. I highly recommend this to anyone who enjoys historical romance.
Posted by Stephanie Burkhart at 6:00 AM