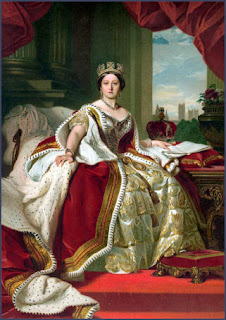 Victoria’s story starts with the sad death of Charlotte Wales, the only legitimate child of George, Prince of Wales and Prince Regent at the time. In 1817, Charlotte, the heir to the throne was 20 years old. Her death was a tragedy. She died after giving birth to a stillborn son. The next generation, and England’s promising monarch, was gone.

At the time of Charlotte’s death, George III was king, but was a raving lunatic. His son, George, had been the Prince Regent since 1810. George, the Prince Regent was 55 years old when Charlotte died. He was estranged from his wife, and would have no more children.

His brothers, Fredrick, William, and Edward were middle-aged and unmarried, however they were devoted to their mistresses and lovers. It was time for them to seek out legitimate wives.

Fredrick was married, but estranged from his wife. He wasn’t having any legitimate children. (It was rumored he sired numerous bastards) William, Duke of Clarence, had a 20 year relationship with an actress, Dorothy Jordan, and they had 10 children. (illegitimate, of course) However, when Charlotte Wales died, William sought out a proper wife and married Adelaide of Saxe-Menigenen. Sadly, the two daughters William fathered with Adelaide died in infancy.

Victoria’s father, Edward, was chosen to approach Victoria, a German princess of Saxe-Coburg-Saalfield. (to be referred to as Victoria of SCS to differentiate her from her daughter, Victoria.) Victoria was older, 31, a widow with two young sons. 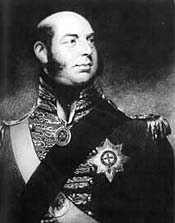 At the time, Edward had lived with his lover, Madame St. Laurent. She was not British royalty, and had in fact, escaped from the French Revolution. According to the Royal Marriages Act, he was not allowed to marry her. Knowing he now had a duty to take a legitimate wife, Edward set out to Germany to propose to Victoria of SCS.

There’s an interesting little side note which Jean Plaidy, (Victoria Holt writing with a pen name) wrote about in her book, “Victoria Victorious,” that relates how Edward, on his way to visit his future wife in Germany stopped to stay the night at an inn. A gypsy was there, and for a lark, he asked her to tell him his fortune. She said he would father a great Queen. He insisted that it be a king, but the gypsy said no, he would father a queen. Moved by these words, Edward carried out his plans to marry Victoria of SCS with no regrets.

In May 1819, Young Victoria of Kent was born at Kensington Palace.

The Prince Regent didn’t care for Victoria’s mother. It’s hard to say at this point why. (Later, it would be Victoria of SCS employment of John Conroy which would fuel the dislike.) Plaidy implies that the Prince Regent thought Victoria of SCS had bad taste. He was a real dandy and everything he did was in good taste. The initial conflict stemmed from that.

When it came time for baby Victoria to be christened, etiquette demanded the Regent approve her names. Needless to say, George, Edward, and his wife didn’t agree.

Baby Victoria was presented to the Regent. George said, “Name her Alexandrina.” (After Alexander I of Russia, Britain’s ally in the Napoleonic wars) Edward winced. He whispered, “Charlotte” to George.
George shook his head in disapproval.
“Augusta,” suggested Edward.
“Name her Victoria after her mother,” said George. Then he walked off.

So instead of having a dynastic name, young Victoria was given only two names that weren’t in the House of Hanover.

Edward was poor. He’d gotten some money for his household, but not enough. He contemplated going to Germany to live because it was cheaper, but caught a cold which quickly turned into pneumonia. He died just 8 months after his daughter was born.

As a child, Victoria learned to speak German first. After she turned 3, she was taught English. Young Victoria was subject to what her mother called the Kensington System. Someone had to be with Victoria at all times – even in the bedroom. They had to hold her hand going upstairs. Young Victoria never slept alone.

Victoria wrote in her diary often. As a young girl, she would visit George IV and call him Uncle King. George IV enjoyed the young girl’s company, but because of his dislike for Victoria of SCS, the visits to Uncle King weren’t as often as Young Victoria would have liked.

Victoria was 11 when Uncle King died. It was during this time she learned her importance to the throne. Her governess, Baroness Lehzen, showed her a book of the House of Hanover and Victoria’s place in it. When young Victoria realized her role in the succession, she was reported to have said, “I will be good.”

In 1830, Parliament passed the Regency Act, naming Victoria of SCS Regent should Victoria come to the throne before her 18th birthday.

William shuddered at the thought of a regency knowing how Victoria SCS and John Conroy were. He was determined to hang onto the crown until Victoria turned 18 and could take the throne without a regency. He did what he could to see Victoria, offering her a salary and her own house without her mother, but his attempts were rebuffed by Victoria of SCS. 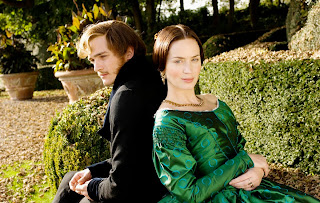 Now a teenager, Victoria was determined to assert her independence. She could see how bad the restrictive polices of her mother and John Conroy were. Conroy tried time and again to get young Victoria to accept a regency, but she refused.

Victoria was told of the king’s passing in the middle of the night. She expressed her sorrow, but issued her first edict – that night, for the first time in her life Victoria slept in her room alone.

Epilogue: When Victoria met with her privy council for the first time, the proclamation was drafted for “Alexandrina Victoria" to sign (her names, right?) She simply signed it, “Victoria.”
Posted by Stephanie Burkhart at 9:03 AM