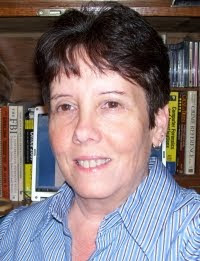 I'd like to welcome author Anne Patrick to the blog. Anne is the author of ‘Sweet’ Edge of Your Seat Romantic Suspense, and has penned more than a dozen novels. She’s a confessed suspense junkie with a bad habit of mixing chocolate and diet colas when writing, which can, and often does, lead to mayhem. Her heroines are usually strong willed, witty, and often very opinionated…combinations that usually land them in situations where death seems imminent. Anne has an alter ego by the name of Kinzie Monroe, who writes Inspirational Romance. Anne, you might say, is the dark side of Kinzie. Anne’s books may be darker in subject matter, but they all carry messages of hope and faith.

Anne's here today to tell us about her upcoming release, "Out of Darkness." Welcome, Anne!

First of all I’d like to thank Steph for having me on her blog today, and for giving me the opportunity to talk about my new book that releases this month.

In Out of the Darkness, ex-FBI Profiler Alex Michaels is forced into hiding by the serial killer who murdered her twin sister and left her with a career ending injury. Meeting up with an ex-pro football player who is also facing an uncertain future, Alex makes Royce McIntire an offer he can’t refuse. Settling into her new life, Alex has no idea the killer is hot on her tracks along with the team of FBI agents who failed to protect her before. When they all catch up to her, not only is her peaceful life shattered, but once again her life is in jeopardy.
Here’s an excerpt from it: 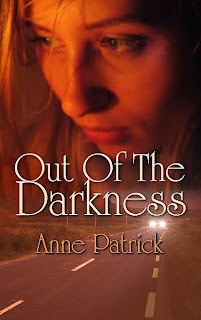 The room was dark as he entered. Bypassing the light switch, he flipped on the TV and sat in the only chair in the room. He then picked up the remote and turned on the VCR.

“It is of my opinion we have a serial killer at work here. The victims are similar in background and appearance. The ways in which they were murdered are identical, and the victims were all recovered from the river.”

“Do you have any leads, Agent Michaels?”

“With these murders, important evidence is missing. All we have are the bodies. We don’t have a crime scene and we don’t know where the bodies were dumped into the river. This leads me to believe we have a very sophisticated killer. He’s familiar with police procedure. He knows by dumping the bodies into the river he is eliminating any evidence such as hair, fiber or semen.

“I believe he is Caucasian. Twenty-five to thirty years old. Five-eight to six feet tall, slim to medium build. He is muscular, may work out in a gym. He’s educated, undergraduate level, a thinker who takes great pride in planning things out. He is socially inactive. He hasn’t much experience with women either because of his appearance or lack of self-confidence. He has a criminal background, most likely juvenile offenses, either arson or petty larceny. I believe he may have committed his first murder during his preteens, but went unpunished. A major change or event has taken place in his life within the last six months, triggering his violent behavior: Either the loss of a job or promotion, or breakup with a girlfriend. I believe he is from the Joliet area and he quite possibly knew the first victim, Crystal Byers.”

“You said he knows police procedure. Any possibility he is in law enforcement?”

“Anything is possible. The only thing we know for sure is how dangerous he is. But he will be caught, I assure you.”

He paused the video and fixed his eyes on the still picture. Such a beautiful face. Her posture and expression were full of confidence.

She wasn’t so arrogant the night he’d attacked her though, and neither was her sister.

He turned off the video and stared at the snowy screen. Until she’d come along, he’d been in complete control. The Joliet police were such idiots. He’d had them running in circles, chasing their own shadows. Not even the great Galen Schroeder had a clue as to his identity or the depth of his capabilities. Not to worry though, no matter where she ran, he’d find her.

Out of the Darkness releases this month from Champagne Books. To learn more about me and my other releases, please visit my blog: www.suspensebyanne.blogspot.com or my website: www.annepatrick.weebly.com


Thanks again, Steph, for having on your blog!
Posted by Stephanie Burkhart at 5:49 AM