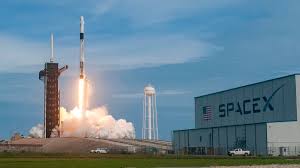 In 1972, I was four years old, but I think that’s where my love of space began. I want to say I vaguely remember seeing/hearing about the Apollo missions – going to the moon!!  How was that possible? We went to the moon!!

At the time, I didn’t realize Apollo 17, which launched in DEC 1972 would be the last time we went to the moon. I just remember images – the lunar rover, the men in suits, the rocks. I also remember the feeling – awe.  I just sat in front of the TV mesmerized.

I remember going to the library and signing out a ton of books about space.  Of course, my favorite books were about the planets. I love science fiction.  Star Trek was one of my favorite shows.  I loved Spock!! I’m not really sure why I love all things “space,” maybe because it taps into the ultimate imagination gene. You can imagine anything about space. You can explore like Star Trek, you can fight, like Star Wars, or you can let your creativity grow by taking pictures of the planets.

I remember where I was when the first manned Space Shuttle flight took off. I was in my 7th grade science class.  It was 12 April 1981. My teacher brought in a TV and we watched the flight live.  I was the geek mesmerized by the TV. So, when I went to high school it was only natural I took all the Astronomy classes they had to offer. 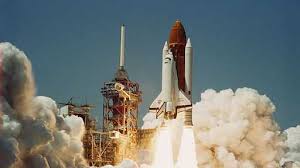 My Astronomy teacher was a great guy.  He took me to Boston to see Carl Sagan lecture. It was all about the night sky in high school, telescopes and freeing the imagination. There were more than the planets. My teacher, Robert Veilleux, was one of the 114 semi finalists selected for the Teachers in Space program in 1985. When Christa McAuliffe was selected, my high school (Central High, Manchester NH) was electrified.  I still cry to this day when I think of the Space Shuttle Challenger.

I think going to space is important because it stimulates, the mind, the imagination, the creativity, and ambition of everyone involved.  It challenges us to think outside of the box to solve problems to go to places that are near impossible. I was so bummed to hear the last Shuttle mission was in 2011.

Then came Elon Musk and Space X.  And I was excited about Space again.

Space X is something special. It’s a civilian business, not a government run one.  Space X was founded in 2002 and most of its facilities are in southern California. It received a permit in 2014 to  build a 4th launch site  (commercial only) in Brownsville, Texas.

The Falcon 9 is a medium lift rocket which is reusable.  So are the Dragon capsules. It’s the reusability factor which allows Space X to be competitive.

I’m so excited about today’s launch. America is back in space and it feels right.

Question for you: What’s your first memory of America and space? 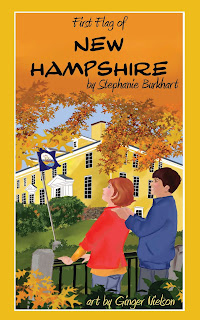 Stephanie Burkhart is a 911 dispatcher for LAPD. Her story, “First Flag of New Hampshire” takes the reader on a journey with Aly and Miguel to find the missing flag. It’s available through 4RV Publishing. You can also find it on Amazon in paperback and as an ebook.

Posted by Stephanie Burkhart at 5:30 AM