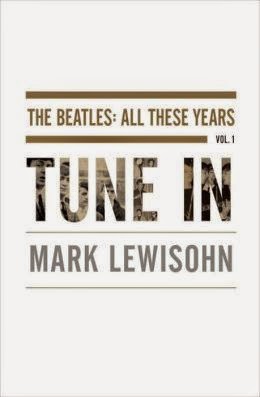 A Fascinating in-depth look at the Beatles & their beginnings

Lewisohn pens a raw, candid, comprehensive book about one of the world's greatest rock groups, the Beatles.  Over 932 pages, Lewisohn examines the early, formative years of John, Paul, George, and Ringo. He reveals how their parents' heritage, the world around the boys, and American music shaped the Beatles' lives and influenced their choices.

"Tune In" shows the Beatles as young men struggling to find their way in life, determined to stay true to themselves and honest to the music that embodied the core of who they were.

Lewisohn's writing style is straight-forward and direct, which can bog down the reader at times, but considering the fascinating depth of the material, his style is never cumbersome.

Lewisohn's examination of the Beatles' character is revealing. John is wounded at an early age due to his parents' distance. Paul is encouraged, George is firm in his convictions, and Ringo is determined to make a better path for himself, especially when he discovers the drums.

The influence of the supporting cast is important and Lewisohn has devoted much time to Stu Sutcliffe, Brian Epstein, George Martin, and Pete Best, discussing their influence on the Beatles' lives. A revealing point is how the Beatles avoid conflict – a trait that haunts them throughout their life.

"Tune In" offers tantalizing tidbits into the Beatles' musical influences and development while taking a comprehensive look at outside influences, family, and friends. It's a must read for any diehard Beatles fan.

Question for you: Who is your favorite Beatle? Why?
Posted by Stephanie Burkhart at 1:30 AM