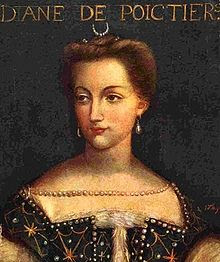 Prior to the Renaissance, the courtesan did not have such a romantic reputation. The word had very simple origins – a woman who attends the court of a monarch. In the feudal society, the court of the monarch mixed the political and social life of the monarch and government. It was a courtesan's job to deliver information to visiting dignitaries.

During renaissance Europe, royal couples began leading separate lives. They married to secure bloodlines and for political gain – rarely did the couple love each other. The courtesan, with their easy wit, common sense, and companionship skills, offered something the "other" woman did not – genuine concern and care which often led to love.

It was often expected the courtesan would offer their benefactor sex. Courtesans might come from wealthy or non-wealthy backgrounds. They might be married even. In those cases, their husbands usually knew of the arrangements and approved; money being the mitigating factor involved. For many women, they saw their life as a courtesan as a job, and it was primarily expected of them that they would be the consummate companion.

Truly, the courtesan could be the force behind the man. Many lasted for as long as they proved witty and charming companions and good in bed. They've been romanticized throughout the years with much literature being written about them. What makes the courtesan a romantic historical figure is something we can all identify with – love. After all, it's very easy to fall in love with a warm hearted companion who is witty and charming, well educated, and talented in the finer arts.

One such story which I found interesting is that of Prince Archbishop Wolf Dietrich von Raitenau. (That's a mouthful.) He built Altenau Palace in 1606 as a token of love for his favored courtesan. Salome Alt bore him fifteen children. Sadly, in 1612, he was forced to abdicate. Altenau Palace was renamed Mirabell Gardens. The Mirabell Garden and its beauty were prominently featured in the movie "The Sound of Music."


Leave a comment and one lucky poster will win a PDF copy of my free read, Moonlight Sonata. Winner annouced here tomorrow on my blog so make sure you leave a good email.